Among advocates’ chief concerns: that Musk, a self-declared “free speech absolutist,” would reactivate previously banned accounts — including that of former President Donald Trump, a figure who rights advocates say both perpetuates and magnifies online hate speech.

Musk “committed not to replatform anyone, regardless of stature, until he installed a transparent, clear process that took into consideration the views of civil society,” Greenblatt told Religion News Service in a statement on Monday (Nov. 21).

But over the weekend, Musk not only reactivated Trump’s account, he appeared to do so after tweeting a poll asking whether he should — not by consulting a content moderation council he said he planned to form.

The move outraged Greenblatt, whose Jewish organization is one of two faith groups that serve on Twitter’s Trust and Safety Council, an assembly that helps moderate hateful content on the platform.

“For Elon Musk to allow Donald Trump back on Twitter, ostensibly after a brief poll, shows he is not remotely serious about safeguarding the platform from hate, harassment and misinformation,” Greenblatt tweeted over the weekend. 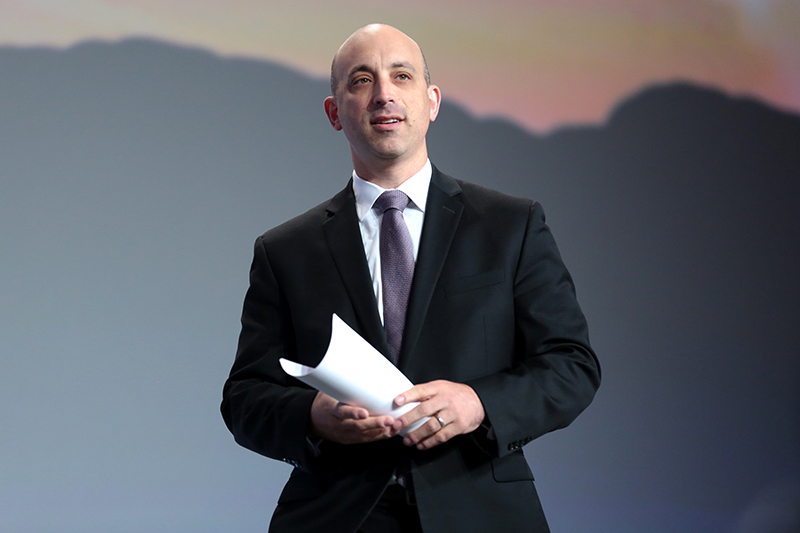 Representatives for Twitter, whose communications department is reportedly decimated in the wake of layoffs instituted by Musk, did not immediately respond to requests for comment on Greenblatt’s remarks or to confirm his account of the Nov. 1 meeting.

Online harassment has long been an issue of concern among religious minorities in the U.S. A 2021 ADL survey found that 36% of Jewish respondents said they had experienced online harassment, and 42% of Muslim respondents said the same. The scourge of online hate includes Twitter: Religious minorities — alongside women, people of color, people with disabilities and members of the LGBTQ community — have been cited among those most likely to endure harassment on the platform.

Representatives with Muslim Advocates, which also sits on Twitter’s Trust and Safety Council, voiced anxiety about Trump’s reappearance on the platform when news first broke in April that Musk could end up owning the company.

“Musk’s takeover threatens to make Twitter an even more dangerous place for Muslims and other marginalized people — and that includes the very real possibility of allowing Trump back on the platform,” Sumayyah Waheed, senior policy counsel with Muslim Advocates, told RNS at the time.

The group declined to comment on the reactivation of Trump’s account in recent days, although a representative noted the Trust and Safety Council still exists and is scheduled to meet again on Dec. 14.

But it’s unclear what ADL, Muslim Advocates or other groups can do to impact Musk’s approach to moderation, which appears to be in flux. Earlier this month, then-head of Twitter Trust and Safety Yoel Roth tweeted that the platform’s “core moderation capabilities remain in place.” Days later, Roth left the company. 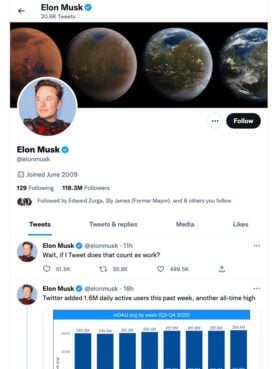 “A Twitter whose policies are defined by edict has little need for a trust and safety function dedicated to its principled development,” Roth wrote in a New York Times editorial.

On Tuesday, footage emerged of what appeared to be Musk discussing the “content council” on a Zoom call with Twitter employees. According to footage obtained by TMZ, which RNS could not independently confirm, a person who appears to be Musk is heard referring to the council as serving only in an advisory role before adding, “I could choose who’s on that content council and I don’t need to listen to what they say.”

And while Roth insisted before he left Twitter that his team had moderated more hateful content than usual at Musk’s direction, Greenblatt argued the wave of vitriol has yet to ebb.

“ADL has tracked a surge of antisemitic tweets — and a drastic reduction in the takedown of such hateful content,” Greenblatt told RNS. “Alas, the direction of the platform has not created confidence that it will turn the corner. We came to this moment with optimism about what Musk could do at the helm of the company, but his decisions over the last month have raised serious concerns.”

Greenblatt noted Twitter has also reinstated the account of rapper Ye, also known as Kanye West, despite a recent tweet in which the musician declared a desire to go “death con 3 on Jewish people.” (Musk has previously said Ye’s account was restored before he took over the company.)

As for Musk accusing him of defamation, Greenblatt was defiant.

“That’s absurd,” he said. “I simply pointed out that he didn’t do what he claimed he was going to do. One need only look at (Musk’s) Twitter account to see that.”

Ukraine latest: Over 15,000 people missing since start of war, group…

Two families linked after an HIV-positive heart transplant meet for…