(RNS) — When the U.S. Supreme Court reversed Roe v. Wade in June 2022, United States abortion policy reverted to a time 50 years ago when a woman’s access to abortion and certain forms of contraception depended on where she lived, as individual states quickly moved to either enshrine the right to abortion or further restrict it.

But the court’s decision also returned abortion politics back to the 1970s and early 1980s, when the then-emerging religious right leveraged the debate over abortion to spread not only its biblical view of when human life begins, but its Christian nationalist view of the United States.

“Our great nation was founded by godly men upon godly principles to be a Christian nation,” said Moral Majority founder Jerry Falwell Sr. in 1981. He also wrote, “If we expect God to honor and bless our nation, we must take a stand against abortion.”

From Falwell’s day to the present, Christian nationalism, or the desire to see a particularly conservative and ethnocentric expression of Christianity fused with American civic life, has played a vital part in the fight over Roe v. Wade. It has also permeated the Republican Party, which quickly adopted Falwell’s stance to bring millions of Americans who support the Christian right and abortion bans into its fold.

As we have written elsewhere, seeing Christianity as central to being truly American is powerfully associated with strong opposition toward abortion. This opposition tends not to consider whether the pregnancy is the result of rape, whether it has a strong chance of resulting in a serious birth defect or the mother’s health or financial ability to support a child. Americans who embrace Christian nationalism seek to ensure that all Americans abide by their anti-abortion views, regardless of circumstance.

In our work on Christian nationalist views, we have found, as Falwell’s views suggest, that Christian nationalists are motivated by a particular moral traditionalism, one that seeks to ensure that abortion is not defined as an expression of bodily autonomy. They view abortion instead as a violation of a collective moral fabric that, if frayed, will further degrade American culture and society.

In a national, random sample of American adults surveyed by YouGov in October 2022, 56% of white respondents said the label “pro-life” describes them somewhat or very well. As we might expect, 75% of whites who identified as “pro-life” also said they supported overturning Roe v. Wade. Similarly, roughly three-quarters of whites who either identify as Christian nationalist by name or believe the government should declare the U.S. a Christian nation also support the SCOTUS decision. 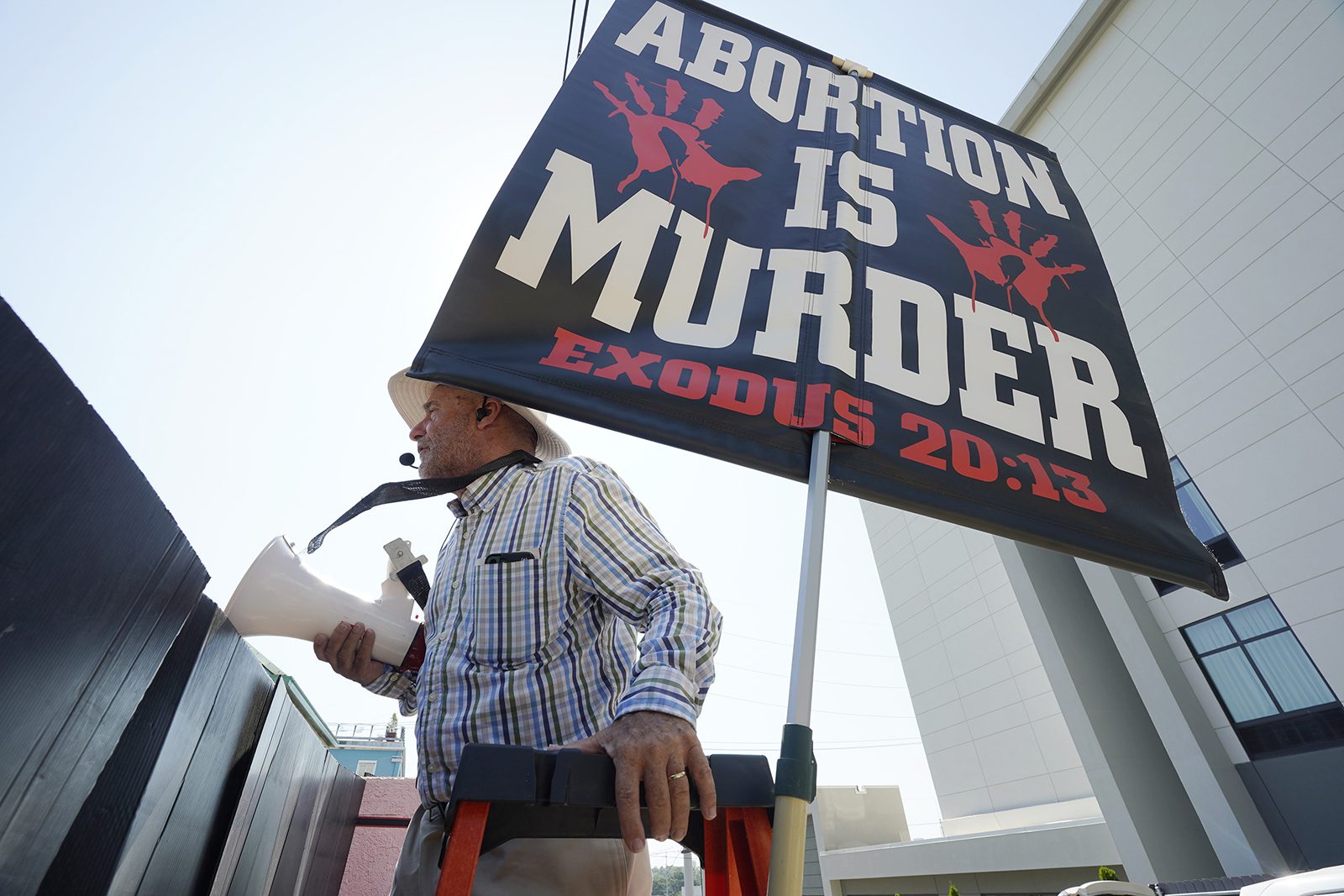 But these two groups are not identical in their beliefs. When asked whether they would support state governments arresting women who have abortions, fewer than 18% of whites who said “pro-life” described them “very well” would support such a move. But among white Americans who identified as Christian nationalists, more than 25% were in favor. That went up to 27% among those who strongly agree with declaring the U.S. a Christian nation.

Why the difference? Because Christian nationalism isn’t really about preserving life. It’s about order.

In a number of studies now, we and other social scientists have shown that Christian nationalist ideology, particularly among white Americans, is associated with support for political violence, the death penalty, torture, more guns, any-means-necessary policing and opposition to COVID-19 vaccines (or vaccines generally).

Christian nationalism, in other words, isn’t opposed to death. It’s opposed to disorder—specifically the disruption of established hierarchies and the traditional moral order.

We see it in Christian nationalists’ responses to other social issues. Alignment with Christian nationalism is also closely intertwined with traditional views about gender roles — specifically, “proper” roles for men and women in society. We see it in their views on democracy — they exhibit a lack of interest in collaboration or compromise and support limiting access to political participation.

It is important to recognize that the number of white American adults who identify as Christian nationalist and support prosecuting women seeking abortions is relatively small — about 15 million people. However, many of these Americans are concentrated in a small number of states, where, as a result, we’re likely to see laws proposed, and maybe even passed, that criminalize abortion. Like in Missouri, which proposed allowing private citizens to sue anyone — in state or outside the state — who assists a Missouri resident having an abortion.

Now that the fight over abortion access has returned to the local and state levels, the influence of Christian nationalism will undoubtedly loom large.

(Andrew Whitehead is an associate professor of sociology at the Center for the Study of Religion and American Culture at IUPUI and author of the forthcoming book “American Idolatry: How Christian Nationalism Betrays the Gospel and Threatens the Church.” Samuel L. Perry is an associate professor of sociology at the University of Oklahoma and co-author (with Philip Gorski) of “The Flag and the Cross: White Christian Nationalism and the Threat to American Democracy.” Whitehead and Perry’s award-winning book “Taking America Back for God: Christian Nationalism in the United States” appeared in March 2020. The views expressed in this commentary do not necessarily reflect those of Religion News Service.)

A half-century after Roe, faith groups need to reexamine theology behind abortion…